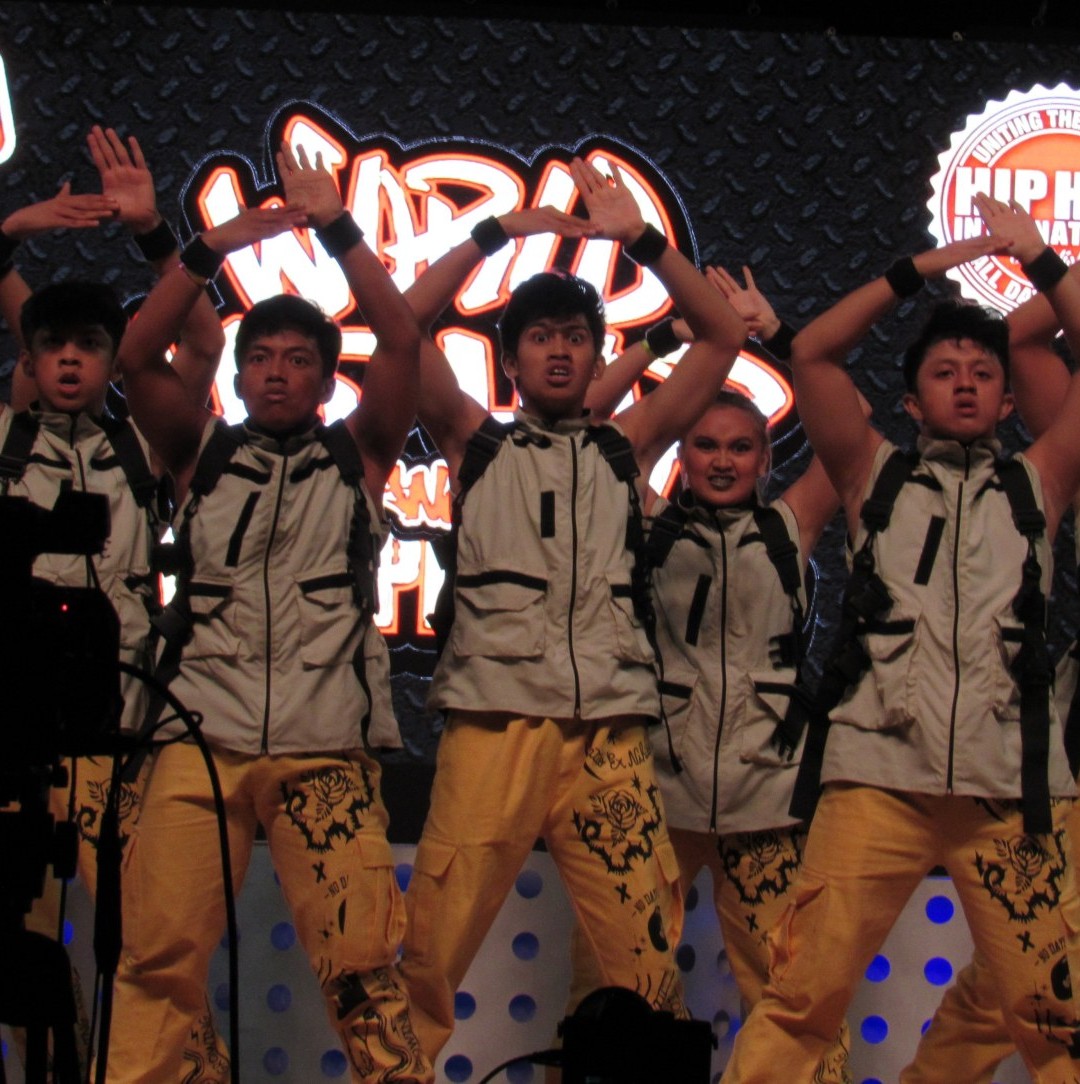 Around the world, hip hop dance styles have become popular, as crews have developed synchronized routines incorporating movements such as popping, locking, whacking and breaking.

Hip Hop International has fostered the growth of hip hop internationally through competitions around the world.

On Saturday, August 10 at the Gila River Arena, the World Hip Hop Dance Championship Finals highlighted some of the top dance crews in the world.

Howard and Karen Schwartz, creators of “America’s Best Dance Crew,” founded Hip Hop International in 2002. Their organization continues to grow each year with the addition of new competitions.

New Zealand and Japan took home the most medals, with three each.

LFG, the only crew from the United States that made it to the finals, won bronze in the adult division, and CBAction became the first crew to win in the three-member minicrew division.

The aged-based junior, varsity and adult divisions were made up of between five and nine members. The megacrews, which have no age limit, had anywhere between 10 and 40 members.

To make it to the finals, the crews practiced for long hours for months or years. Spending this much time together has made many of them like families.

The parents who support them financially and emotionally are also part of these tight-knit groups.

The dancers’ dedication to the artform was evident in everything they did. Prior to their performances, many crews were practicing backstage or in the hallways of the Gila River Arena.

Their love of hip hop music and dance has fueled them in their pursuit of gold, silver or bronze medals.

Their directors have been a big part of their journeys.

During a press conference following the finals, Karen and Howard honored each director from the top crews with a new award, the Director’s Trophy. This award recognizes the work that directors do in helping their crews prepare for national and international competitions and fostering the growth of hip hop internationally.

“So much depends on each director, who spends much much time throughout the year giving themselves to the dancers, to the event and to hip hop dance in general. Today, we celebrate them as well as the gold medalists who competed and won a medal for their country,” Howard said.

Howard also recognized the dancers for their hard work.

“We want to congratulate the gold medalists for all of the success they’ve had and will continue to have as dancers and as community representatives for themselves, their crew and their country,” Howard said.

The atmosphere inside of the arena was similar to the Olympics, with people from different countries on the stage and in the audience.

Throughout the arena, dancers and audience members held up flags and signs in a show of pride for dancers from their home countries.

All of the dance crews that had competed throughout the week were invited to attend the competition, and many could be heard cheering for fellow crews.

The competition was delayed due to traffic, but dancers kept up the energy inside the arena with improvised routines to popular songs.

With a flag presentation and dance routines, the opening ceremony highlighted the different countries that had been represented throughout the week of competition.

The crews danced to mixes that combined hip hop music with pop, Broadway, R&B or Latin tunes. Some groups incorporated music from their home countries into their dance routines.

A handful of crews used props such as masks, hats or canes in their routines.

AJ Maldonado and Mookie Washington shared hosting duties during the week of competition, which started the previous Sunday with the USA prelims and finals at the Arizona Grand Resort and Spa.

Throughout the week, 4,000 dancers from 52 countries competed in preliminaries and semifinals for the chance to advance to the world finals.

To make it to the world championships, crews had to place in the top three at national competitions.

The competition uses an Olympic-style point style and is judged by international performance and skills judges.

For the crews involved, it was a week to remember. Fifteen crews will be taking back medals to their home countries.

TOP THREE CREWS IN EACH DIVISION

Bronze- LFG from the United States

Gold-Kana-Boon! All Star from Japan

Silver- The Jukebox from Mexico

Bronze- Legit Status from the Philippines