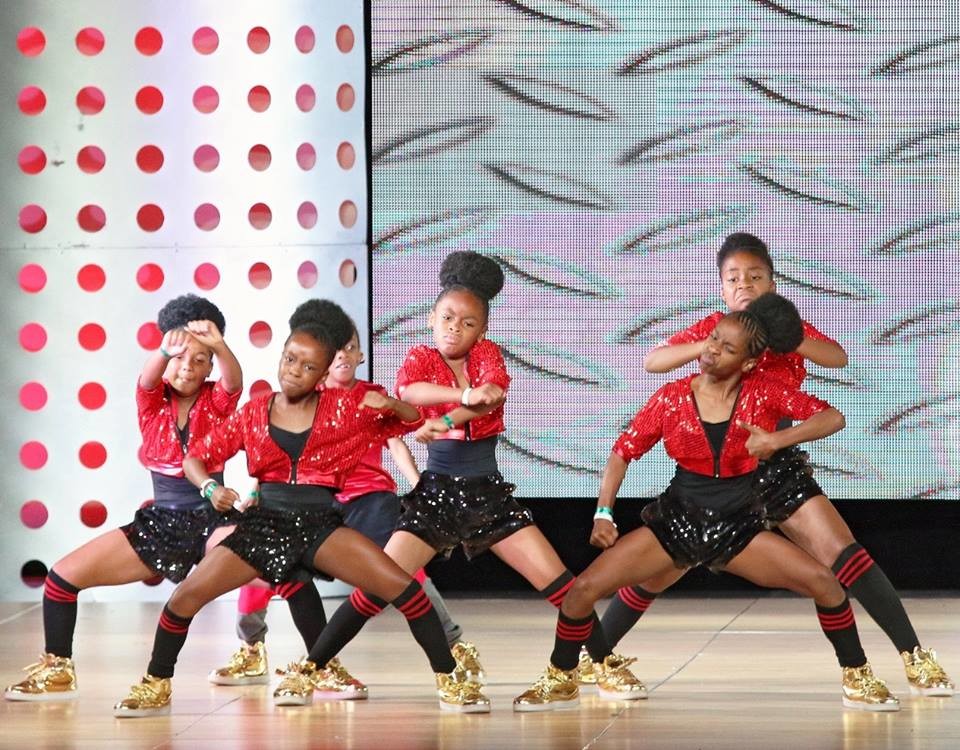 As “My Life,” by The Walls Group began to play inside Layala’s Drum and Dance school, 17 kids moved to its beat as they shuffled their bodies around, building to a powerful stomp at the end. Veteran dance teacher Charles Smith froze with the kids, dressed all in black, and before restarting the song, he introduced a new step to add to their choreography.

“Let’s do it again,” he said, something he would repeat more than 30 times during class. “Remember to keep up with the song.”

The young dancers, almost all girls, followed each step, as their movements emphasized the ending to every major line in “My Life.” This meticulous footwork was all done in preparation for the summer’s World Hip-Hop Competition, hosted by Hip-Hop- International. The girls competed for the first time last year, a dream that was brought to life by their school’s founder, Anayo Michel.

Michel founded Layala’s Drum and Dance seven years ago in Valley Stream. Although she named her dance school after her daughter, Michel began her business as a tribute to her late mother, Aba, a West-African dancer.

“She would put me in five to six dance classes, and that was basically my childhood,” she said.

Michel teaches dancing styles that originated from Africa, Latin America and the Caribbean, but she also blends them together and incorporates them into ballet, jazz, house and hip-hop dancing. She noticed that dancing schools like these were rare outside New York City, as Long Island dancing schools were geared more towards

ballet than to any form of contemporary dancing.

“Long Island dancing schools seem to treat dance like a hobby, having kids prepare for one or two recitals a year,” Michel explained. “But in the city, dance schools prepare you for a career.”

And that is what Michel wants for her students. She pushes them to practice different forms of dancing, as judges usually award extra points for a dancer’s ability to incorporate various dancing styles into their routines. Students also learn the history behind each dance style, like the Caribbean Soca, which was invented by slaves to communicate and mock the slave owners’ masquerade balls. Michel even holds acting classes, which teach students how to tell a story through their dancing and facial expressions.

“You can’t just dance in a competition,” she said. “You need to perform.”

To help her students understand not only this, but also how dancing can lead to a prominent career, Michel brings in well-known coaches and dancers to teach classes and give advice at her school. Notable faculty members include Renee Rose, a former Alvin Ailey Dance Theater member who performed in the original Broadway production of “The Wiz,” Eddie Stockton, who taught house dance and jazz for 16 years at the Alvin Ailey School, and Ismael Kouyate, who was featured in Beyonce’s “Grown Woman” and appeared in “Fela!” on Broadway. Smith, the head hip-hop dancing instructor, has done choreography for not only artists like Chaka Khan, but also for dance teams in the NBA like those of the Chicago Bulls and the Brooklyn Nets.

“These kids have tremendous energy,” Smith said. He usually teaches in the city at the Broadway Dance Center, but comes every Friday to build the dancer’s hip-hop routine. “Last year, they weren’t really used to my style. But now they understand it, and now we have months to prepare.”

Michel wants her students to compete among the best in order to help them gain a reputation on a global level, which is why her school will be returning to the World Hip Hop Competition this year. The competition is hosted by Hip Hop International, which was responsible for the hit MTV show, “America’s Best Dance Crew.” Michel said her team got good feedback from the judges last year despite only having six weeks to prepare. Her school will enter in the junior, varsity, adult and mega-crew divisions.

“Now we’ve got an army of dancers who are ready to compete,” she said.

Michel has also reached out to other New York dance schools in order to help represent the state where hip-hop was founded. She said that last year, countries like Japan had more teams competing than in New York.