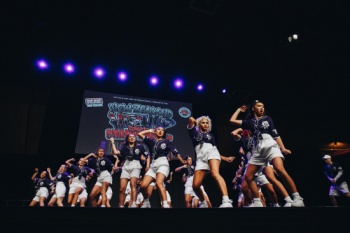 NEW ZEALAND’S Royal Family Dance Crew is coming to Kuala Lumpur for a workshop on June 19 and a showcase of its distinctive polyswagg style on June 20.

This dance crew is not only the current national champion of Hip Hop International New Zealand but has won gold medals at the World Hip Hop Dance Championships as well as taken several national and international titles.

The Royal Family Dance Crew has also appeared on stage with K-pop megastars CL and Big Bang at the MNET Asian Awards and is featured in Justin Bieber’s smash hits Sorry and What Do You Mean which propelled the team into the international spotlight.

On top of the Kuala Lumpur leg, this current tour will see the Royal Family Dance Crew making stops in key Australian cities as well as in Taiwan and Indonesia.

Led by Parris Goebel and her father, Brett, these dancers are an influential force that is shaping the face of dance internationally with their fiery performances, awe-inspiring choreographies and unbelievably infectious charm and stage presence.

The one-hour showcase on June 20 will be held at the Shantanand Auditorium at The Temple of Fine Arts, Kuala Lumpur, at 7.30pm.

Althea Strydom of Palace Dance Studio said: “We are really excited to head to Malaysia. It’s our first time and we can’t wait to be a part of your dance community.
“It’s always great to be able to travel the world to meet and be among our fans!”

Maybelline Wong of Mayhem Dance added: “We are beyond honoured to be able to host such an iconic and influential dance crew in our city.”

For tickets an more, go to royalfamilydance.ubertickets.my.