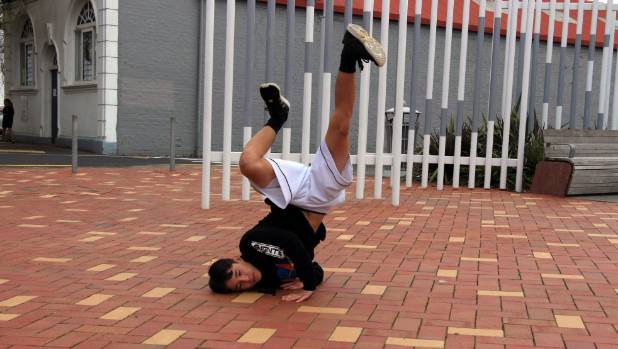 A Pukekohe teenager will take his dance skills to the world champs for the second time this August.

Ben Lowe will be a part of two New Zealand dance crews taking on 60 countries from around the globe at the World Hip Hop Dance Championship in Arizona.

“It’s great, it feels mean representing your country and everyone,” he said.

The Pukekohe High School student will be part of two separate competing crews, YUNGID and Swaggernauts. Both are competing in the Varsity category, one age bracket below adult.

This is the second time the 17-year-old has made it to the world finals, his crew Swaggernauts came fifth in the came category last year.

“It was real cool, I didn’t really know what to expect, but when you get there the atmosphere’s amazing.”

To get to the world final, New Zealand dance crews must compete against each other at the national level, but Lowe said that rivalry melts away once they’re overseas.

“In [NZ] regionals and nationals the groups are kind of fighting against each other, but at the worlds, we’re together.”

“If someone get knocked out they support you hard out.”

“Everyone’s just cheering for each other.”

Last year the New Zealand crew Bradas took home the gold in the adult division for the second year in a row. Lowe said seeing the group win gave him something to strive towards.

“It was real inspiring.”

To compete at his level he practices 20 hours a week leading up to the competition, luckily he has accommodating parents.

“They’re really supportive, they have to be, they’ve got to take me to training.”

Lowe said he’s developed a strong bond with his crew forged through hours of demanding training.

“We’re like brothers, we’re real close even though some of us have only known each other for about a year, cause we see each other so much.”

He’s looking towards a future in hip hop by dancing in music videos, and competing at an elite level.

“I don’t really have many plans except that, all I wanna do do is dance,” he said.