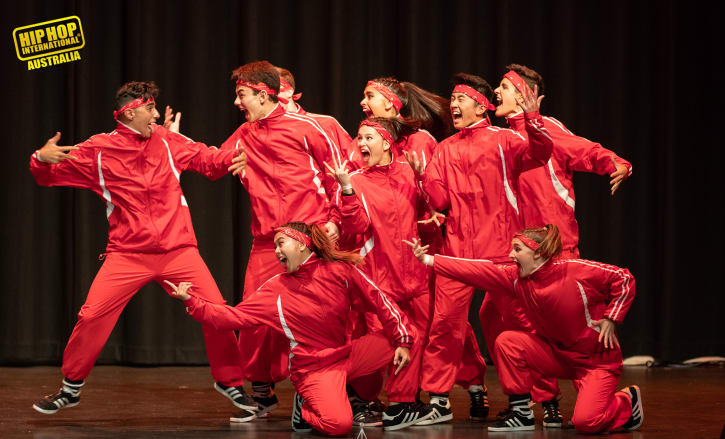 If you hear some serious Missy Elliott, Macklemore or Will.i.am pumping out into City Walk over the coming weeks don’t be alarmed – that’s just a crew of Canberrans preparing to dominate at the World Hip Hop Dance Championships in the US.

Homegrown dance crew Project One – a crew out of the Project Beats Hip Hop Dance Studio, based in City Walk – recently took out the national hip hop dance title in Brisbane.

Now, they have the hopes of the entire nation behind them as they pop and lock their way to Arizona in August.

More than 4000 dancers are uniting in Phoenix for the world championships. Dance crews from more than 50 countries are competing to capture the world title and global bragging rights.

According to Lo, hip hop originated in the 1970s in the Bronx and started “as a street style where people literally danced in the street”. DJ Kool Herc pioneered the creation of hip hop music by discovering the “break” within music pieces.

“Dancers used this break and turned it into the style we now know as break dancing,” Lo said.

“And from there, more styles like hip hop, popping, locking and house evolved. To this day we are still learning more and more about hip hop – it’s still evolving.”

Lo says the Project Beats crew, comprising nine dancers, will spend up to five hours a week pushing their bodies to the limit in preparation for the world championships. But he’s just as serious about the crew’s mental preparation as physical.

“We need to keep our bodies in shape to be able to keep up with the intensity of each training session,” he says.

“We’re also working to become more fit as individual dancers so we can execute more complex moves and make our overall dancing stronger.

“But alongside this, we also need to prepare our minds.

“This involves a lot of meetings between us, to ensure we’re all aware of our next steps as a crew and we’re all on the same page.

“We’re making sure we spend quality time together as well as doing our separate freestyle training.”

So what will be the Canberra crew’s edge over international competitors?

“It’s all about individuality,” Lo says.

“We try to bring a fresh feeling to every new piece and try our hardest to stay true to the roots of hip hop. And we add a small piece of each of our personalities into each new choreography.”

Project One needs Canberra’s financial assistance to get to Arizona for the championships. If you can help, head to www.gofundme.com