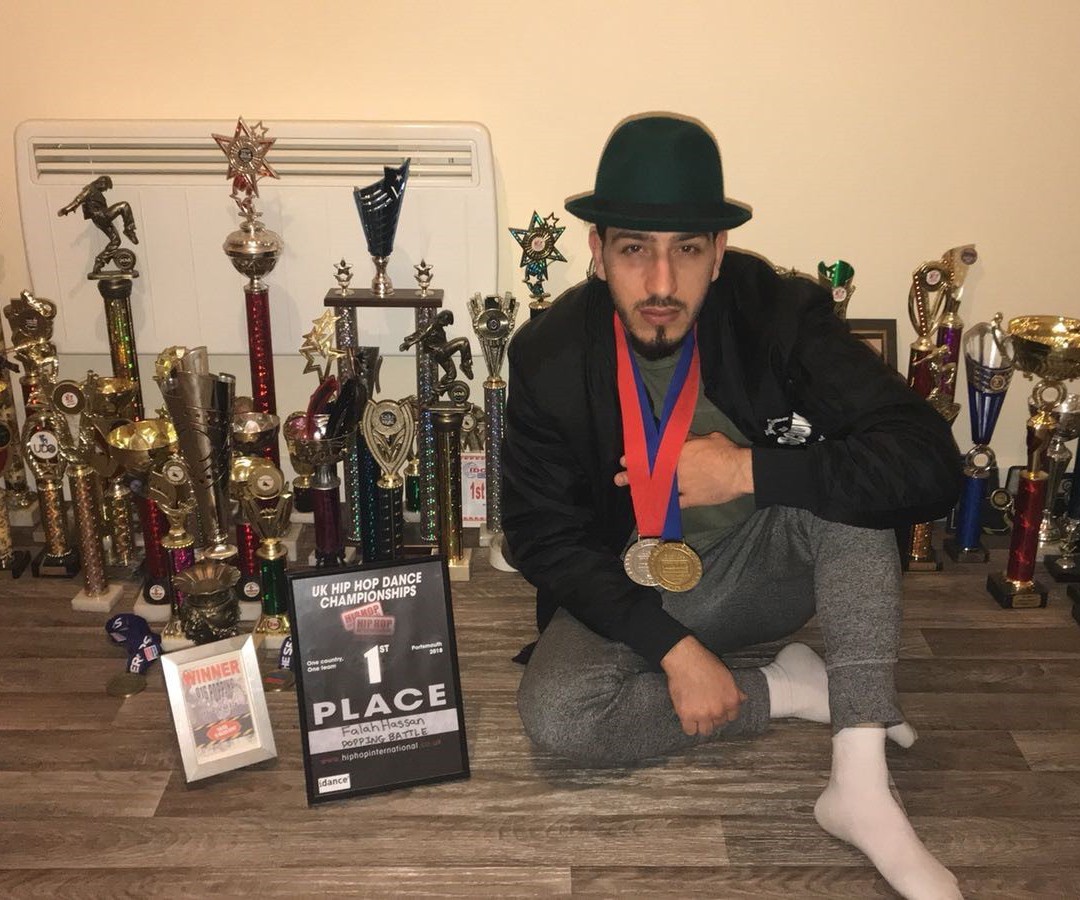 SOUTHAMPTON dancer Poppin’ Ron has won a gold medal for his hip-hop dancing and is set to represent the UK at an international competition.

Ron, whose real name is Falah Hassan, took the individual gold medal in the Hip Hop International UK competition, and also won a silver medal as part of the SCUK dance crew.

Ron achieved fame when he took part in TV reality show Britain’s Got Talent in 2013, and was devastated when he lost out in the semi-finals.

The 27-year-old dance teacher and part-time barber says he was so upset after he lost out in the TV talent show that he gave up dancing for six months.

“I felt crushed, to be so close to my dream and then not get there, that I stopped dancing,” he said.

Ron came to Southampton when he was 12, as a refugee from Syria, when his parents were murdered.

“People were saying that I’d only done as well as I had because of my story.”

But Ron returned to dancing, about which he is passionate, not only for himself but because he believes it gives him a way to give back to his adopted home city.

“I teach dance and try to keep kids off the streets,” he says.

“I’m forever grateful for what this country has done for me and my brother.

“Through dancing, I can really help the children. I’ve had children who have been some of the worst bullies and they have gone on to be A* students, because I’ve supported them and encouraged them.”

Ron added that he was delighted when he won the competition.

“I was in tears when they announced my name,” he said.

Ron is now set to head to the Hip Hop International competition in Arizona in August, where he will represent the UK.