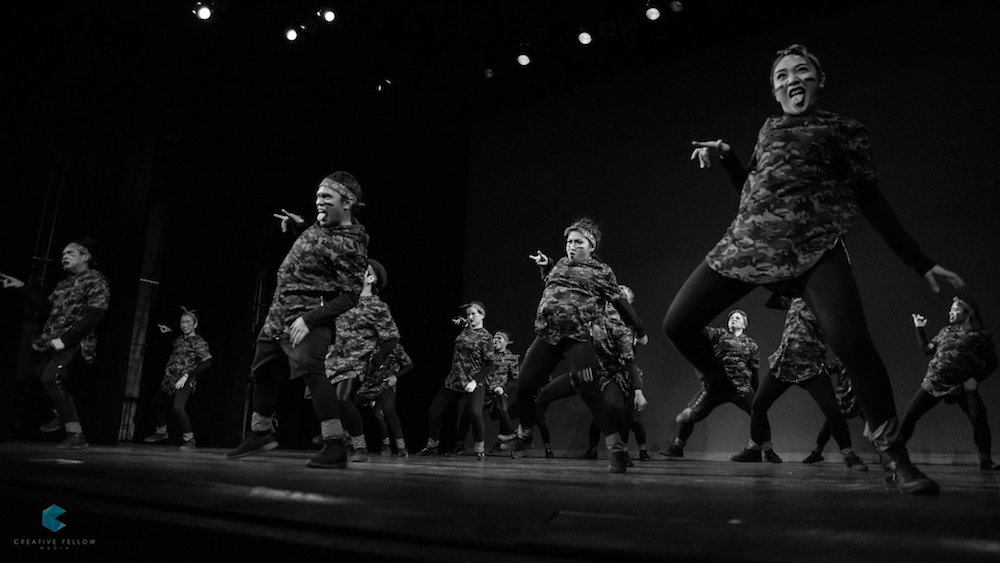 LIVE Dance team is prepping for the world stage as one of three teams selected to represent Canada at Hip Hop International.

The third time was the charm for one of Winnipeg’s best dance crews.

LIVE Dance team won a bid to the Hip Hop International competition in Arizona this August, making them one of three Canadian crews representing on the world stage after their third year of auditioning.

“It really means a lot because we finally reached our goal and we can finally see that our hard work pays off,” said member Shaira Espiritu, 20.

The West End-based LIVE team got together in 2014 and now boasts 32 members, ages 15 to 26. They practise four to five times a week for three to five hours per session.

“A lot of (the members) had never danced before on a team. They’re kind of like the rejects, I guess from other teams,” she said. “It’s kind of our principle that if you want to be better, if you want to be a good dancer, you’ll work for it.”

“A lot of our strong people now that have been with us from the beginning, when they started they had no body control. But now they understand, they know what they’re doing and they look like they’ve been dancing for a really long time,” Cozzette said.

The crew is working on fundraising their trip with a GoFundMe page up and running and event planning in the works. They need to raise at least $15,000 to afford the journey and aren’t taking it lightly, said Cozzette.

“If we’re good enough to represent Canada, then I think that we’re not just going to go and say, ‘Hi, we’re here!’ We’re going to compete and show this is what Canada is (about),” she said.