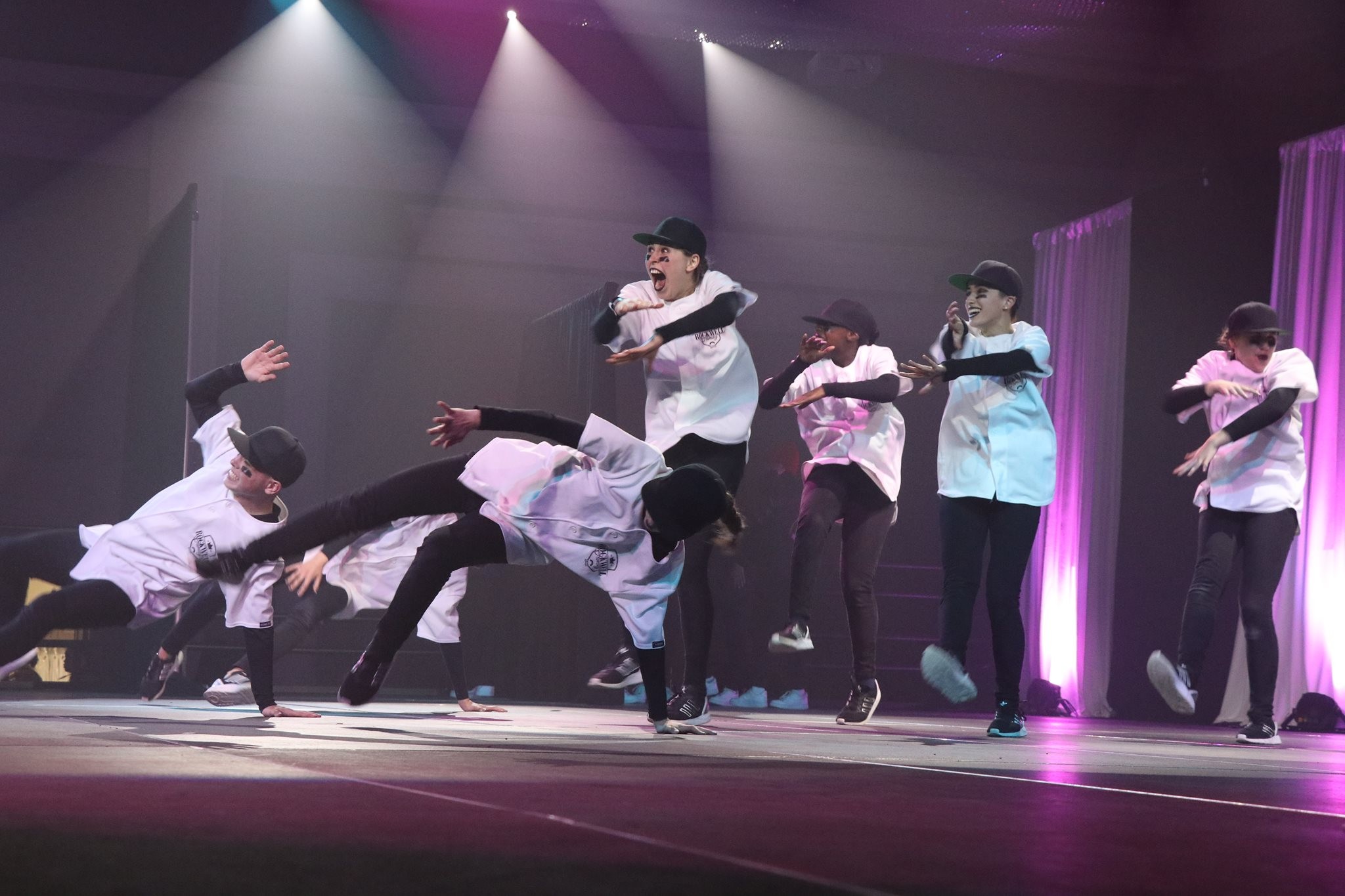 I could write a thousand words about Hip Hop. I could use similes and metaphors to illustrate the way a Hip Hoppers body moves – the way their limbs disconnect from their joints and swirl through the air – as they pop, lock, break and whack to the beat of the music.  I could describe muscle contractions and dance elements for days à la Charles Dickens or J.R.R. Tolkien… but none of it could ever do justice to the awe-struck, hypnotizing sight, of live Hip Hop.

Saturday, June 3rd, was the Canadian Hip Hop Dance Championships in Ottawa at the Infinity Convention Centre. This event is Canada’s biggest dance competition in Hip Hop. Brian Tong, judge and one of the championship organizers, sheds some light on just how important the event is in the Hip Hop dance world. “As a subdivision of Hip Hop International, we are trying to find team Canada to represent us at Worlds.” To show me the magnitude of this competition, Brian compares Hip Hop International to the Olympics. “Canada has a very big reputation as one of the top countries in Hip Hop”, he continues, “We’ve won Worlds five times before. Some of them here have beat out 50 countries, some of them have been on TV, some have been on Ellen DeGeneres and others have been in the Step Up movie. Some have also been on So You Think You Can Dance. One of the Next Step in fact is here. This is the level of prestige that kids achieve for.”

The best teams are invited from the West Coast and the East Coast. From Montreal to Vancouver, hundreds of dancers performed impressively choreographed routines. The precision and synchronicity was astounding. At times, these Hip-Hoppers were there were one and the same. Their heart beats pulsing to the electric beat of techno, rap, pop, and remixed classics like Michael Jackson… as if boneless robots programmed to lock their joints or pop their chests in time to the music.

For the coaches and choreographers of DM Nation, Hip Hop is more than just a style of dance. Hip Hop is a way of life. It’s an expression of self that goes beyond techniques and foundations that are so heavily enforced in other styles of dance. “What the dance community doesn’t know, or overlooks, are the innumerable techniques and skills involved” shares Caroline Lemieux, one of DM Nations choreographers, “there’s popping, locking, whacking, braking and house. So as you can see, the foundations of hip hop that need to be mastered are diverse and complex.” Co-choreographer Iman Marzouk also adds that “Hip Hop is also constantly evolving, so you always have to be creative to catch up.” The studios founder, Marie Odlie Haince, says that they try to infuse a unique style for every team of the DM Nation family competing at the Canadian championships.

DM Nation was one of many talented dance crews at the competition on June 3rd. The Lévi, Québec, based group have won the Hip Hop International Championships in 2013, appeared on television specials in Canada and France, and even made it to the top 36 acts of America’s Got Talent. The self-proclaimed “girl army” won the Megacrew division on Saturday, and will move on to perform in at Worlds in August 2017.

As for the indescribable, inimitable experience of watching the best Hip Hop dancers in the country competing for the Canadian title, video footage is on its way. Here’s a peak at last year’s Canadian Hip Hop Dance Championships opening ceremony until a montage of 2017’s best is shared with the world.