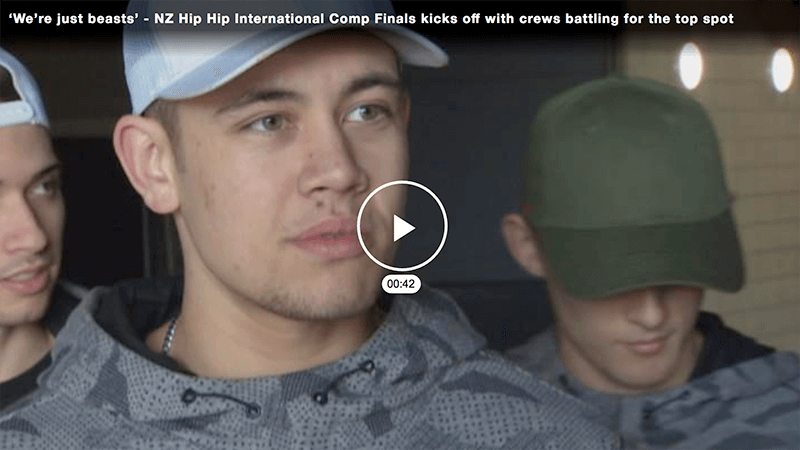 The calibre of hip hop talent in New Zealand is climbing, according to the world champion Kiwi dance crew, The Bradas, as dance crews from around the country battle it out to claim the national hip hop title over the next three days.

Hundreds of dancers will perform at the Vodafone event centre in Manukau to compete for the title and win a spot to compete at the World Hip Hop Championships in the United States in August.

Last year, the Bradas made history as they won back-to back-golds at the World Championships, which no one else in their division has done before.

Speaking to 1 NEWS, the crew says they  learnt a lot through the New Zealand competition and it was a great platform to grow as a dancer.

One crew member said through the national competition, they have “learnt how to focus on setting goals” and “doing everything” they can to achieve them.

Dance crews today are competing in the preliminary event for the junior, varsity and adult categories, while tomorrow mega crews and school crews will take to the stage.

The finals will be held on Saturday night at 7pm, where the winning team of the national title will be announced.