HHI: The International Hip-Hop Championship Is Coming to Phoenix 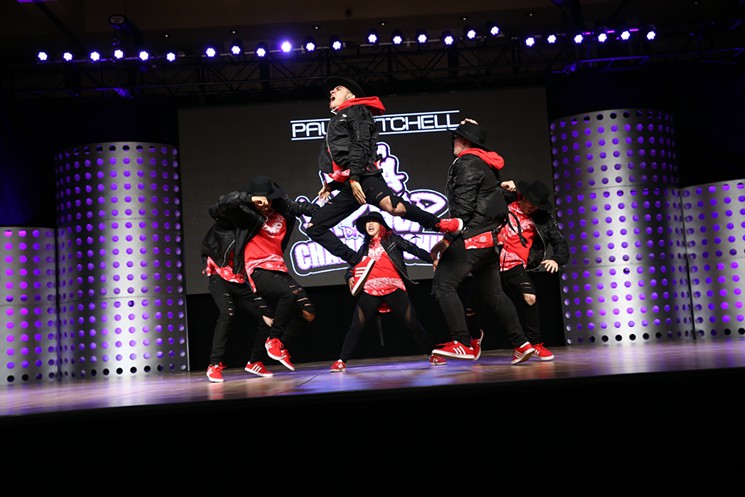 More than 4,000 dancers from 50 countries are converging on Phoenix in August for the World Hip Hop Dance Championship. In other words, it’s time to brush up on your popping, breaking, and locking knowledge.

The world championship is part of a nine-day lineup of dance events, presented by Hip Hop International. The organization was started back in 2001 to promote hip-hop dance on a global scale.

The World Hip Hop Dance Championship happens at 6:30 p.m. on Saturday, August 12, at Grand Canyon University Arena. But a whole lot of dancing goes down beforehand.

Dancers from more than 150 dance groups are competing in USA Championship events from Friday, August 4, to Sunday, August 6. The smaller groups are called “crews,” and the larger ones “megacrews.”

The top three groups in junior, varsity, adult, and megacrew divisions will advance to the World Hip Hop Dance Championship.

This year’s championship should prove especially exciting for Outlawz, a five-member dance crew based in Gilbert. They won last year’s U.S. championship, and also got the bronze medal in the adult division for the world championship.

The nine-day lineup also includes three urban dance workshops, and a marketplace with everything from makeovers to nightly dance parties.