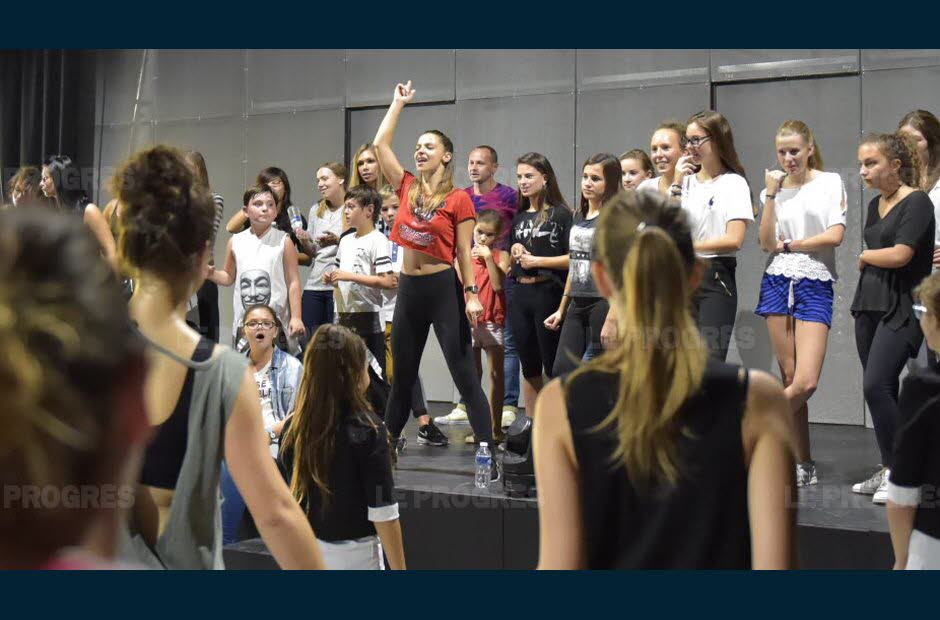 The Jay Nee and Co Associated Dance School of the 5th arrondissement relocated one of its courses Saturday afternoon at the Black By Jack, 45, Quai Rambaud.

Jay Nee, the bubbly artistic director of the school, invited Denitza Ikonomova, the iconic people of “Dance with the Stars”. A crowd of highly motivated teenagers were able to share dance steps in a sincere and very active communion. In opening, Romain Ricoux’s hip-hop dance group Anonymous has demonstrated his know-how. Composed of young people, aged between 7 and 12 years, this group was created a year ago, and finished 6 th at Hip Hop International in Paris.

“It’s that kind of energy and good vibrations that are the hallmarks of this beautiful season ahead, says Jay Nee, who is also the choreographer of the new show Circus Black By Jack. In early December, Kriss Leyo, a dancer and choreographer, will be happy to communicate with our young dancers. ”