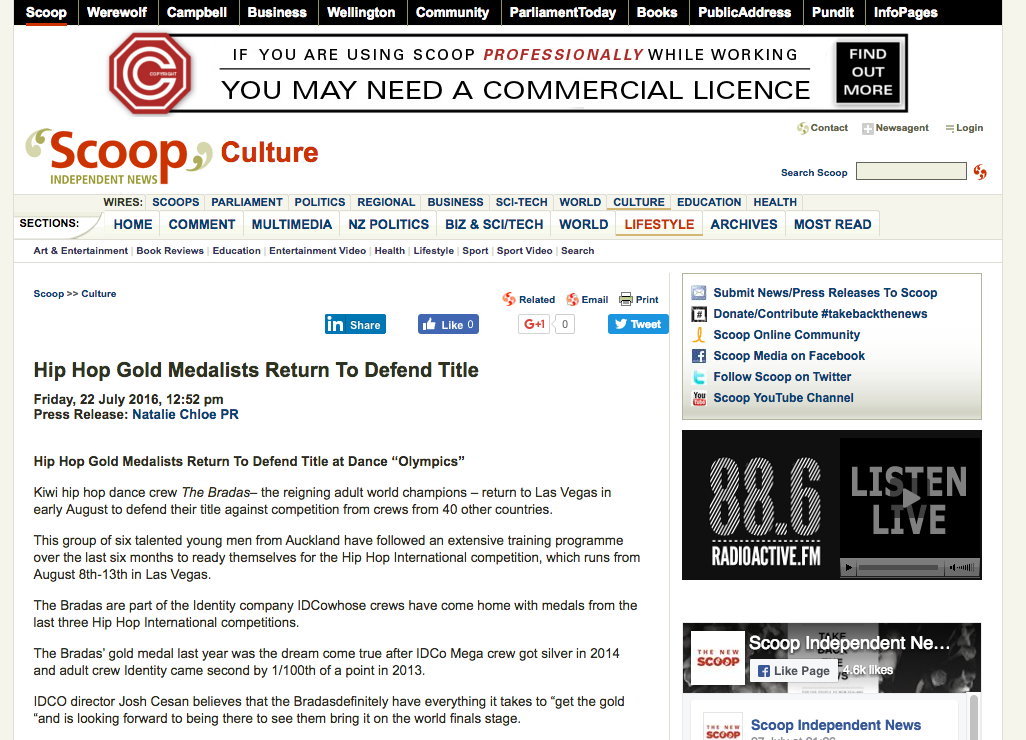 Kiwi hip hop dance crew The Bradas– the reigning adult world champions – return to Las Vegas in early August to defend their title against competition from crews from 40 other countries.

This group of six talented young men from Auckland have followed an extensive training programme over the last six months to ready themselves for the Hip Hop International competition, which runs from August 8th-13th in Las Vegas.

The Bradas are part of the Identity company IDCowhose crews have come home with medals from the last three Hip Hop International competitions.