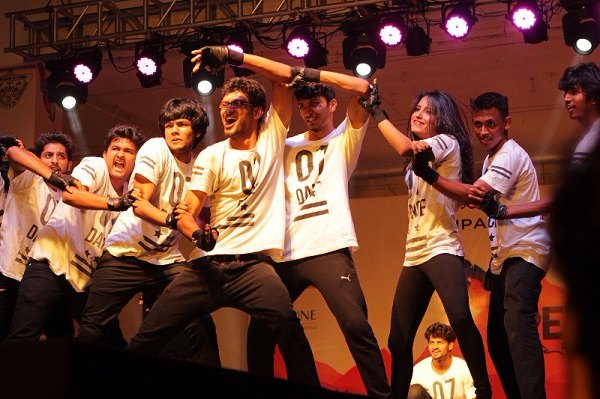 But regardless of whether they raise the funds, the group is set to begin preparations.
After an incredible win in Mumbai, a hip hop crew from Manipal is all set to represent India at the World Hip Hop Championship in Las Vegas this August. There’s one hitch: they need sponsorship.

Comprising students of Manipal University, the Blitzkrieg Dance Crew has vaulted Manipal onto the global hip hop circuit after it won in the mega-crew category (15-40 people) at the Indian Hip Hop Championship held in Mumbai.

For many in the group, winning in Mumbai was a dream come true. On the first day, each crew had just 30 seconds to show what they were capable of. The second day was the final. “We did not expect to win it. As a group, we were glad for the exposure, but the moment we found out we had won, everyone around me screamed. It was incredible,” said Urbi Chanda, a member of the crew. Mumbai was a hard won victory. Last December, the crew began working on an entirely new sequence that was not influenced by other choreographers. “Our first test was at IIM-Bangalore. We finished third but we got a very good response from the crowd, so we thought the sequence would work. We kept improving and with every performance we improvised. We would never repeat a performance,” said Keshav Goyal, President of Blitzkrieg Dance crew. After the performance at IIM-B, the crew got a huge boost: they won the qualifiers for the Indian Hip Hop Championship held in NIT-K Suratkal in March.

There was no looking back. The crew has emerged a winner or come second at fests of various colleges in Manipal University held this year, such as MIT Manipal’s cultural fest Revels, the inter-Manipal University fest Utsav, and in other institutions such as NIT-Calicut’s festival Raagam. But the group had to take a break when exams loomed near after Utsav. “After the exams, we stayed back in Manipal and practiced eight hours a day for two weeks before heading to Mumbai for the national level event,” added Keshav.

Anjan Sivakumar, Director of Hip Hop International India was all praise for the crew. “Professional crews take part in the event. Sometimes there are dance crews with college students mixed with professionals but this is the first time ever that a full college crew representing Manipal University has won the event,” he said.

Riding high on the victory in Mumbai, the 23-member crew is now looking for funds to participate in the World Hip Hop Championship. Manipal University has agreed to sponsor part of the expenses but the group still has a long way to go to meet their target. They have started a campaign on crowd-funding website Ketto.

But regardless of whether they raise the funds, the group is set to begin preparations.