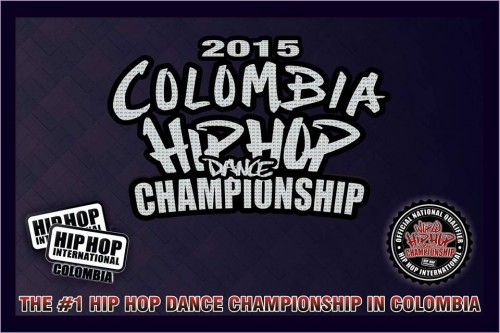 In preparation for Hip Hop International returning to Las Vegas this year many HHI qualifiers got their start right after the 2015 Finals. Not wasting any time to be prepared for HHI’s return to Las Vegas, HHI Colombia who began their 2016 qualifier in October of 2015 started off all the qualifiers to come.

Here’s a brief video recap of HHI Colombia and what to look forward to from the South American flavor!

BE DANZA LITTLE MONSTERS (Junior Winners) – These little ladies have all the flavor and foundations to do well in Las Vegas! DANZA!

BE DANZA BLACK WIDOWS (VARSITY WINNERS) – Unfortunately there are no videos of Black Widows from HHI Colombia 2015, but here’s the crew at HHI 2015 Varsity World Semi’s. These ladies do not play around!

D-THREE DT (Adult Winners) – Dem fellas setting it off down in Bogota adding a number of mixed styles from latin dance to tricks to choreography and even some new jack!

D – THREE (Megacrew Winners) – Making their return to the stage but in stronger force, D-Three claimed the top position at HHI Colombia with their variety of styles and unique visuals with the whole crew.

Here’s a great recap from Puerto Cable of HHI Colombia:

There’s something about HHI which really unites the dance world and the circuit of all crews from every country. There’s also something to be said about these crews who pay close attention to the World and USA winners, that is, they follow along with the pack. In watching the Junior and Varsity crews from Colombia, the Adult and Megacrew can learn something from the young-ins which is don’t force anything and just have fun with the dance.

Sometimes these competitions the culture of the performance gets too rushed with so many different styles, and sometimes those styles are not very strong. If this is the case, drop the style not best known or performed and stick with what you know. What we love about Colombia is the inclusion of Latin styles mixed with street styles, so keep with that and don’t rush into your performance. Let it be and you will do well from there!

Photo Courtesy of Just Him

To see more from other crews placing and participating check out: