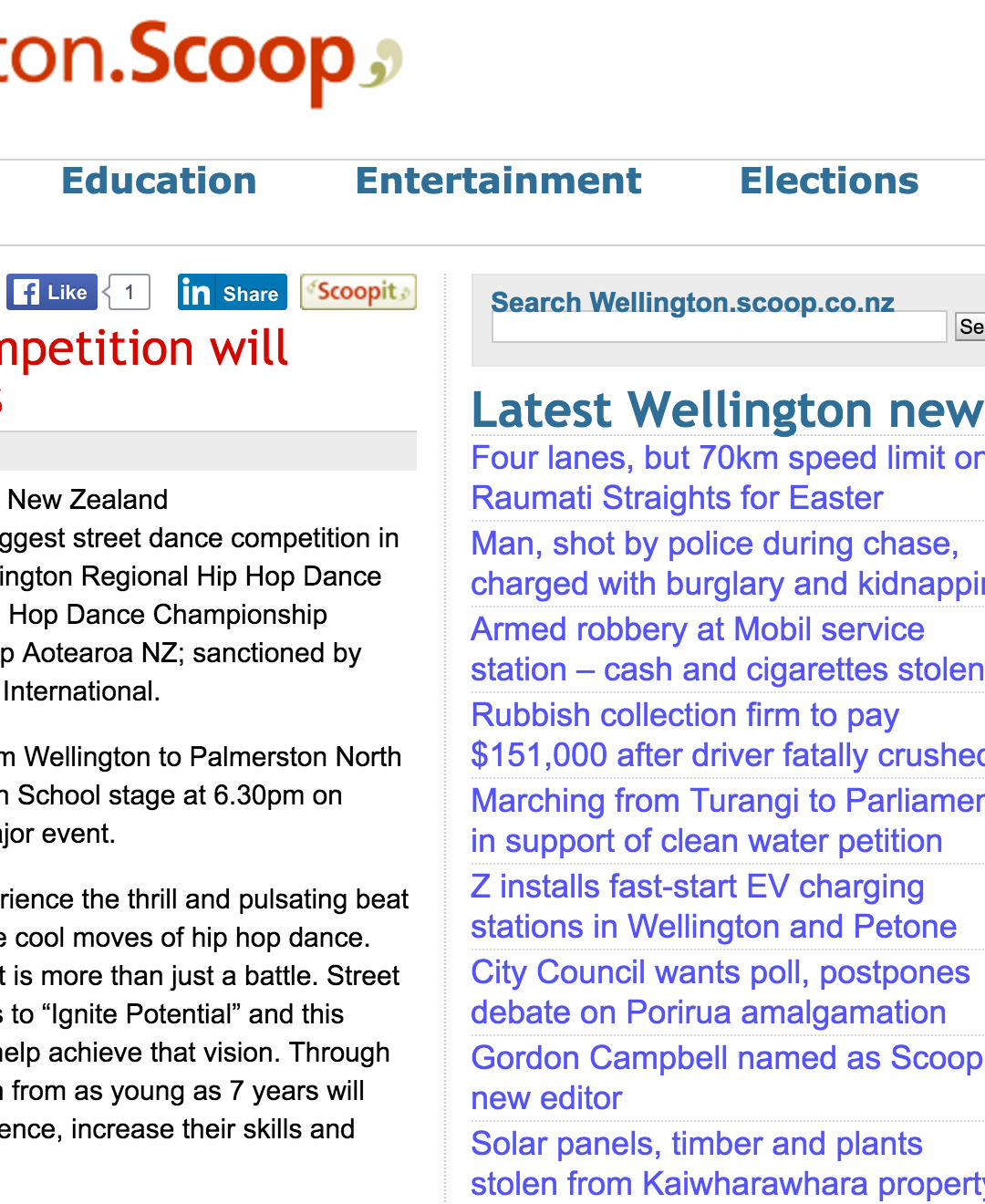 More than 24 dance crews from Wellington to Palmerston North will light up the Wellington High School stage at 6.30pm on Saturday, 19 March for this major event.

Spectators can expect to experience the thrill and pulsating beat of hip hop music along with the cool moves of hip hop dance. This is not just a competition, it is more than just a battle. Street Dance New Zealand’s vision is to “Ignite Potential” and this competition is the platform to help achieve that vision. Through dance, young adults and youth from as young as 7 years will have a platform to build confidence, increase their skills and achieve their dreams.

Not many people can say they have represented their city or country in their given sport or discipline. Through this event the participants will do just that – joining some of the countries most successful representatives. The top teams will represent Wellington at the Street Dance NZ National Championship in Auckland in April. From there, the top 3 teams in the Junior, Varsity, Adult and Mega Crew Divisions will go on to represent New Zealand at the Olympics of hip hop dance in Las Vegas.

The coach of reigning 5 time Wellington Junior Champions – CKC from The Company NZ in Kilbirnie, Stephanie Lee says, “This competition has grown the dance community in Wellington and it gives the kids an opportunity to take their passion to the next level. It displays all the positive elements of hip hop dance because hip hop is all about community and passion instead of the thug life often perceived by people.”

The event is expected to be a sell out, as it has been across other regional Championships throughout the country.