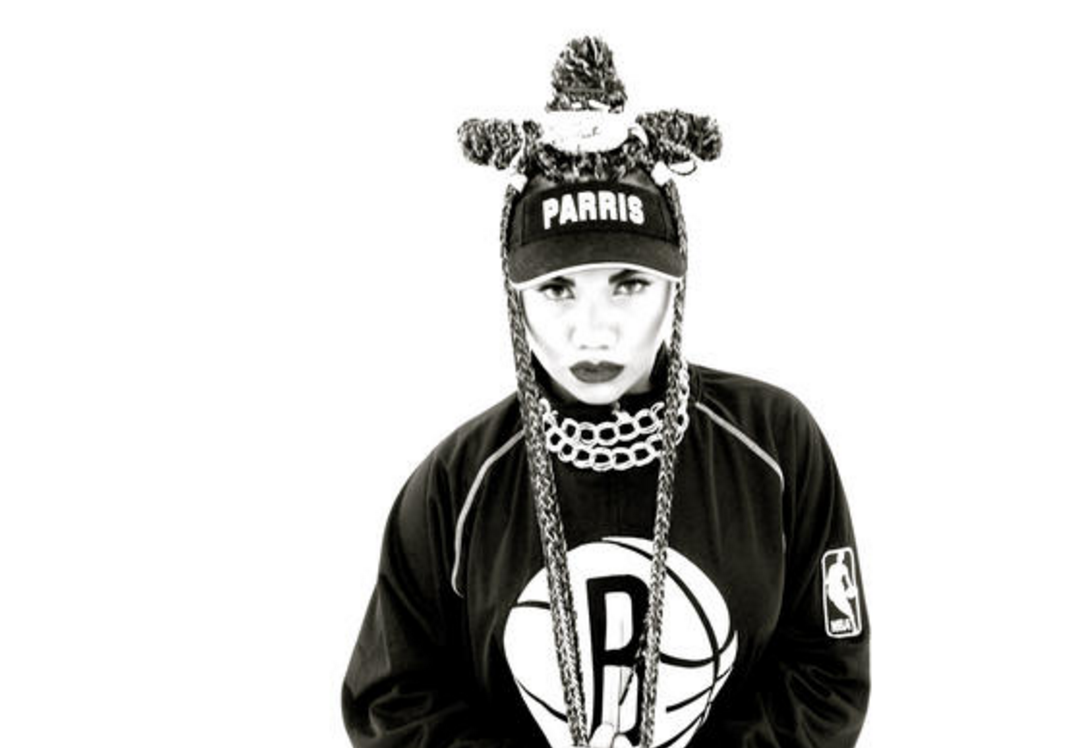 If you were one of more than 500 million recent YouTube views for Justin Bieber’s song “Sorry” and were dazzled by the dancing, know that the moves originated from the mind of choreographer Parris Goebel.

The dancing for Janet Jackson‘s latest tour? That’s was Goebel’s work too.

But for one of the world’s leaders in pop choreography, the phenomenon of the Bieber video may be the biggest. Goebel’s dance crew, ReQuest, first introduced to many through MTV’s “Randy Jackson Presents America’s Best Dance Crew,” was enlisted to perform for Bieber’s “Purpose Movement” videos. The piece for the song “Sorry” features the dance crew — no Beebs — and is nearing 510 million views on YouTube in 2 1/2 months.

SIGN UP for the free Indie Focus movies newsletter >>

Forgive the math, but that’s almost 7 million views a day. Again, there’s no Bieber in the video.

Justin Bieber – “Sorry” (part of the “Purpose: The Movement” series)

Goebel also choreographed the film “Born to Dance,” which premiered at the Toronto Film Festival last year. The movie, directed by Tammy Davis and starring Tia-Taharoa Maipi, “Australian Idol” winner Stan Walker and “Fame” star Kherington Payne, is about a Maori teen discovered by a more famous dance crew through YouTube. The plot is reminiscent of how Goebel learned to dance, how she was discovered and how her fame has grown.

The New Zealand native paused from teaching classes at Hip Hop International’s Urban Moves Dance Workshops for this edited conversation about her rise, her preparations for Janet Jackson’s tour and how YouTube has expanded the audience for contemporary dance.

Has YouTube grown as a unifier for dance in the world?

I would say yeah, for sure, 100%. Without that, people don’t have the chance to be viewed. Without YouTube, how could anyone see my work? People would have to have a lot of money to fly to the states all the time to show their work. It’s so much easier now with the click of a button. It’s so convenient. You film something, upload it, and people all over the world can see it. It’s magic.

See the most-read stories in Entertainment this hour >>

How did you first learn to dance yourself?

YouTube wasn’t really a big thing for me until I was 16. I got into it going off video clips on MTV. I just tried to copy it, but a lot of it was within me.

“Born to Dance” was the first film that you choreographed. How was that process?

It was definitely a challenge because the time period was so short. But I do a lot for my YouTube clips. I do a lot of choreography, and everything I do, I imagine it through the lens. It’s something that I enjoy.

The film is very raw. The storyline is very cool and it’s very cultural. I think people will be able to see what’s so special about New Zealand hip-hop dancing, which people ask me all the time. When they see this film, they will get a glimpse of our country. They’ll see where we’re from and our culture and our roots. On top of that, the whole film is filled with New Zealand talent, so you get an idea of what we’re about and why we’re strong.

How did you decide that this is how you wanted to make your living? A lot of people love to dance, but …

There was no doubt in my mind that this is what I wanted to do. It was the thing that I was most naturally gifted at. It was a no-brainer. Why would I do anything else? I was so bad — I failed at everything. Dance was easy for me — not easy — but it was within me.  Once I started growing up, I realized it was my purpose. I was brought to Earth to do this.

When did you develop your polyswag style?

We just named our style, but it wasn’t anything that was too deep or serious. People took it to the extreme. On “ABDC,” they were like — you need a name for that — so we kind of got forced to name it. Then people just took it and stuck with it.

When Lopez and Jackson contact you, and you get these calls …

So you get these calls from established stars asking for help on their tours or videos.

JLo was my first big artist that I worked for. I definitely cried for that one. That was my first glimpse that I could work with big artist. To be honest, I was a bit discouraged because I’m young, and in this industry I’m very young [23], and felt like it’d be a long time before I would be working for some of these artists. Once I got JLo, I had to tell myself that anything is possible. It doesn’t matter how old you are or where you’re from, you need to use this and show people what you can do. Once I got on that job, doors just opened.

To be honest, I didn’t believe it. I thought it was a joke. Obviously it was very confidential for a long time until she even announced that she was coming back, so I had to keep it to myself. I was getting anxious.

The Royal Family performs at the 2015 Hip Hop International finals in the megacrew division.

As a New Zealand girl, how did you and your friends get on “America’s Best Dance Crew?” You were the first non-North American crew on the show.

My crew, ReQuest, was getting serious, and we knew that there was more that we had to do. We knew that the show was coming and we saw it as a huge opportunity to get our name out there. You’re immediately on national television in America. It’s so helpful for a dancer to have that kind of exposure. So, we really wanted to get on the show — not necessarily to win the show — but to help us out.

The show is an extension of Hip Hop International competition. That’s where you actually took off. Your megacrew, the Royal Family, were uber champions. When did that come about?

I think a lot of people have been following me since then. The first time I won, I was like, 16. It was the first big achievement that I had done my whole life.

We came back [from the competition] and we had ReQuest — and more and more people wanted to audition. Boys and girls. So I formed the Royal Family company, and this was before the megacrew thing started. We were all really serious about dance.

Your crew won the megacrew division three times in a row — the only crew ever to do that. You also had your own showcase in 2014, but you came back to compete the next year (coming in second). What continued to drive you?

There’s a legacy, to be honest. I mean, you win so many times, but you go back to pay tribute to everything that you’ve done. The people who come, they go watch you every year; they go to be inspired. So we have a sense of responsibility not only to represent our country but also to represent our title and our reputation and show people maybe something new every year that is inspiring to them. When you’re on top, when you’re in a certain place in your life or career, you have a responsibility to not just drop off. You need to keep fueling the people who admire what you do, because they helped you get there. A lot of people have won and just kind of forgot about it. When you win, there’s actually an opportunity for you to do something, create something. I think us winning this many times has inspired others to win. Being strong and hard-working, and people seeing that, I think it makes people strive for more.