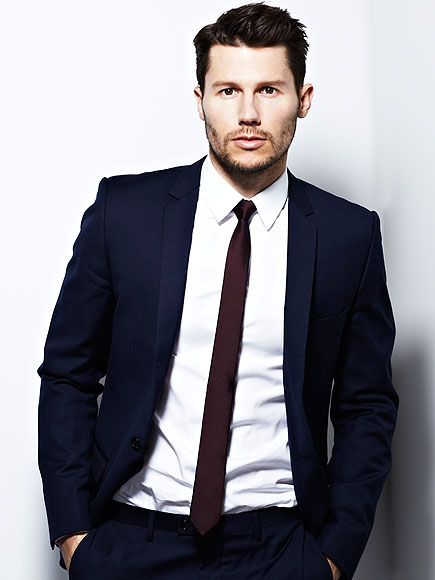 Miley Cyrus and Taylor Swiftweren’t the only ones who had abig night on Sunday.

Before the VMAs aired on MTV,America’s Best Dance Crewcrowned a winning crew.

Quest Crew, a hip hop dance team from Los Angeles, won the eighth season of the show for the second time (they also won season 3) in a season that pitted all-star teams against each other.

And when it came time to announce the winner, host Jason Dundas did the honors.

Keep up with your favorite celebs in the pages of PEOPLE Magazine by subscribing now.

So it’s one thing to host a dancing show, but can Dundas himself dance?

As it turns out, he’s spent the first part of 2015 learning how to dance properly.

“I never really understood how to dance,” he tells PEOPLE. “I always imitatedJustin Timberlake or someone. But when I was offered the show, a mentor told me I should learn how to properly dance, so I could understand how much work goes into it.”

So I went and hired a dancer to teach me,” explains Dundas, 33. “We did it four hours a day for three months. My body was hammered. My neck was sore, my ribs were bruised. It was a lot of work.”

[PEOPLE Note: We’re impressed. It would be like Ryan Seacrest taking voice lessons during his off season. And we’re even happier that he helpfully posted a video on his Instagram. ]

So how did it work? “I’m a good hip-hop dancer now,” he says. “Not as good as the dance crews, of course, but I learned a lot. I can glide, moonwalk, I can do one-handed freezes. I even learned how to back flip. There’s a picture of me doing it on my website“.

The result: Dundas was able to relate with the contestants on a different level. “I always made it a point to go backstage and interact with them,” he says. “But now I know more about how hard they worked.”

With season 8 behind him, Dundas is focusing on his line of activewear,DundasFit. Dundas says that the clothes are breathable, comfortable workout clothes that the wearer can wear outside the gym.

“I had an a-ha moment on the streets of New York when I saw guys coming out of the gym, wearing gym clothing and looking cool,” he says. “I have artistic training, so I went for it.”

It also helped that Dundas has been the menswear ambassador for clothing retailer David Jones since 2012.

“I went through my wardrobe and chose my 15 most favorite items,” he explains. “That was my starting point.”

The best part of being a popular TV host with a clothing line? “Well, I can use myself as the face, and I don’t have to pay anyone else to do it,” he laughs. “I model it myself.”

As a public service, we have included a modeling shot below. You’re welcome.

And now that the season of America’s Best Dance Crew is over, will Dundas continue to dance?

“Sure. I’m open to anything,” he says. “Whatever it takes to give me the edge.”