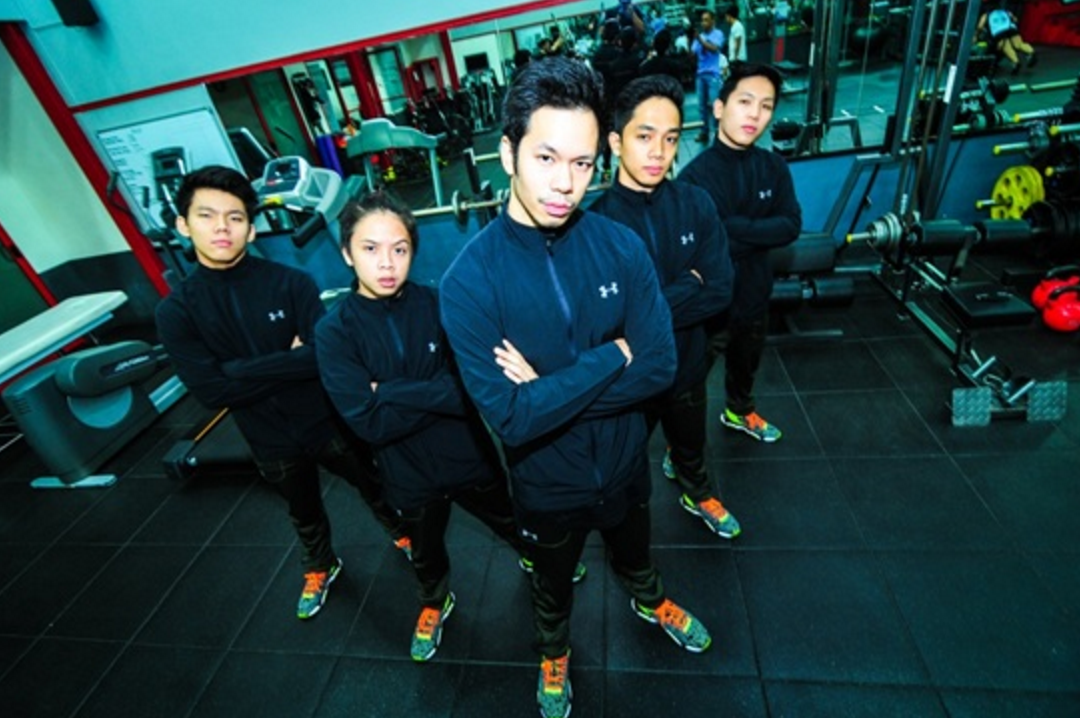 They entered, listening as the crowd applauded and cheered. Glaring lights came on signalling for the team to get ready. Heart rates rose and adrenaline levels shot up. The court was theirs to play except there was nothing but the music, turned up loud and willing them to move.

For World Hip Hop Champions, the A-Team, each opportunity to step up onstage is a chance to tell their story. Stepping off as winners is a bonus.

The group first came together in 2011 when dance coaches and siblings Angelica and MJ Arda were asked to enter a local dance competition hosted by a popular fitness facility. They gathered their best dancers, formed the A-Team and set off for their best journey yet.

The fact that the A-Team was young and new didn’t stop them from taking things further. After only 5 months, what was then a team of 13 entered their first dance competition outside the Philippines. In the same year, they entered two more international competitions and kept the ball rolling since.

The World Hip Hop Dance Championship in Las Vegas was one of the competitions they have been participating in since 2012. They worked their way up each year until in August 2014, they finally snagged the top spot. But although the outcome seemed flawless, Angelica (better known as Coach Arda) admits to going through a few hurdles along the way, including nearly crumbling under pressure during the competition itself.

After ranking first during the Preliminaries, the nerves crept in. “During the semi-finals, the team didn’t perform well and we made a couple of mistakes. My brother and I had to talk to them because at that point, we no longer cared about the ranking. You can’t be at your best if you’re not yourself,” she says. “(Competing) goes beyond the physical challenge. It’s also a mental and emotional test because other people can easily dance as well as you do, but how you deal with pressure and the competition is a different story,” Coach Arda adds.

The group’s precision, great range of motion and impressive synchronicity do not come as coincidences either. Their rehearsals are tied to a regular physical training program specially designed to prepare their bodies for their routines. “Regardless of how skilled you are as a dancer, if your body is not ready for what you’re about to do, then you won’t be good enough,” Coach Arda says.

Both graduates from the College of Human Kinetics at the University of the Philippines, the Arda siblings develop body weight exercises that often target specific muscle groups required for their routines. And in order for the body to be at its peak during trainings and performances, the A-Team swears by the right set of gear. Whether they’re working out on a regular day or dancing under the spotlight, they never let what they wear compromise their movement. In fact, like any other athlete, this team of dancers prefer gear that helps take their skills to greater heights. Global brand, Under Armour, gives them just that.

When it comes to footwear, putting on the right pair is critical. A good fit should be lightweight and allows freedom of movement for the feet. The A-Team rehearses and trains for hours at a time and the Under Armour Speedform ® XC has no problem keeping up. At only 8.5 oz, these kicks deliver zero distraction even in the most complicated footwork. Under Armour’s trademark molded 4D foam footbed provides a comfortable yet snug fit that feels like second skin, something the brand is well known for.

Optimum performance also calls for compression apparel that doesn’t sacrifice comfort and looks. Under Armour’s Heatgear Sonic gives powerful compression yet stretches 4 ways to accommodate greater mobility and still maintain its shape. It wicks moisture and keeps sweat off to regulate the body’s temperature. For the A-Team, fashion is not the only thing that matters but rather finding the right balance between function and good looks. Where these two meet, the right attitude arises.

All geared up and armed with mad skills plus a strong will to go further, the A-Team is off to represent the country in another invitational dance competition in Zurich, Switzerland.

Dance2Dance 2014 will be showcasing 8 handpicked professional dance teams from all over the world.

Their burning passion quickly brought them to where they are right now, and that’s what will keep them going in the years to come. To them, it’s never about bringing home the trophy but playing the field and moving as if no one is keeping score. advt