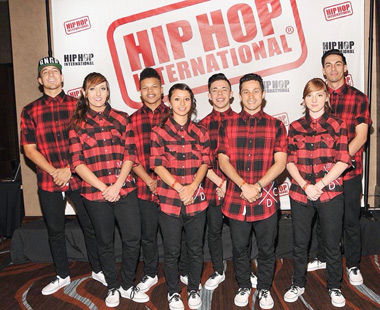 Last year the United Dance Crew was happy to finish in 12th place at the Hip Hop International dance competition in Las Vegas. But this year, they had bigger aspirations.

The United Dance Crew represented Coolidge once again on Aug. 3-5 in Last Vegas as they finished an astounding eight spots better taking 4th place out of dozens of groups worldwide that traveled to compete in the Hip Hop International competition.

Adam Cordova, a Coolidge local and manager of United Dance Crew, talked about the experience in Las Vegas and what the group has coming up.

“It was an amazing experience to be one spot from being up on the podium like at the Olympics,” Cordova said.

And he’s not far off. With groups traveling from all over the world to compete, it really is the Hip Hop International dance Olympics.

“After finishing 12th last year it really feels almost like we won it all,” Cordova said. “We are really happy with the strides we made from last year but we want to get even better as a group.”

United Dance Crew lost out to top teams from California, Gilbert, Arizona, and Miami, Florida, and found it difficult to watch them take the podium when they were so close to reaching the bronze medal.

Cordova explained that United Dance Crew has been preparing for this year’s event since they finished up last year. The group has the drive to continue to get better, while growing the next generation of dancers and supporting their hometown.

On Sunday, Aug. 24, United Dance Crew is having open auditions to join their group at 179 N. 3rd Street in Coolidge at the Community Presbyterian Church.

“We want to have as many people as possible come out and audition,” Cordova said. “We traveled to Las Vegas with 15, which made up two teams, but in all including the younger kids we have 20-25 on board.”

And to attract even more to the audition the United Dance Crew will have Marcus Jones from America’s Best Dance Crew (ABDC) on MTV in town to help with auditions.

“He’s huge and will attract a lot of people,” Cordova said. “We just want to have the best turnout we can to continue to build the best dance crew.”

But Cordova knows that they couldn’t have done any of this alone. They wanted to thank their grant writer Bonnie Palmer, Pinal County Sheriff Paul Babeu and Pinal County Attorney Lando Voyles.

“They have helped us accomplish a lot of things we wouldn’t have been able to,” Cordova said. “We have a lot of things on the horizon and have to count on different people for help.”

The United Dance Crew will now turn its attention towards their next competition on Oct. 18 in San Diego.

And each Cotton Days and Coolidge Days locally, the group has a dance competition that they help to organize and typically perform at. But for United Dance Crew and Cordova, they are just happy to represent Coolidge and get better competition after competition.