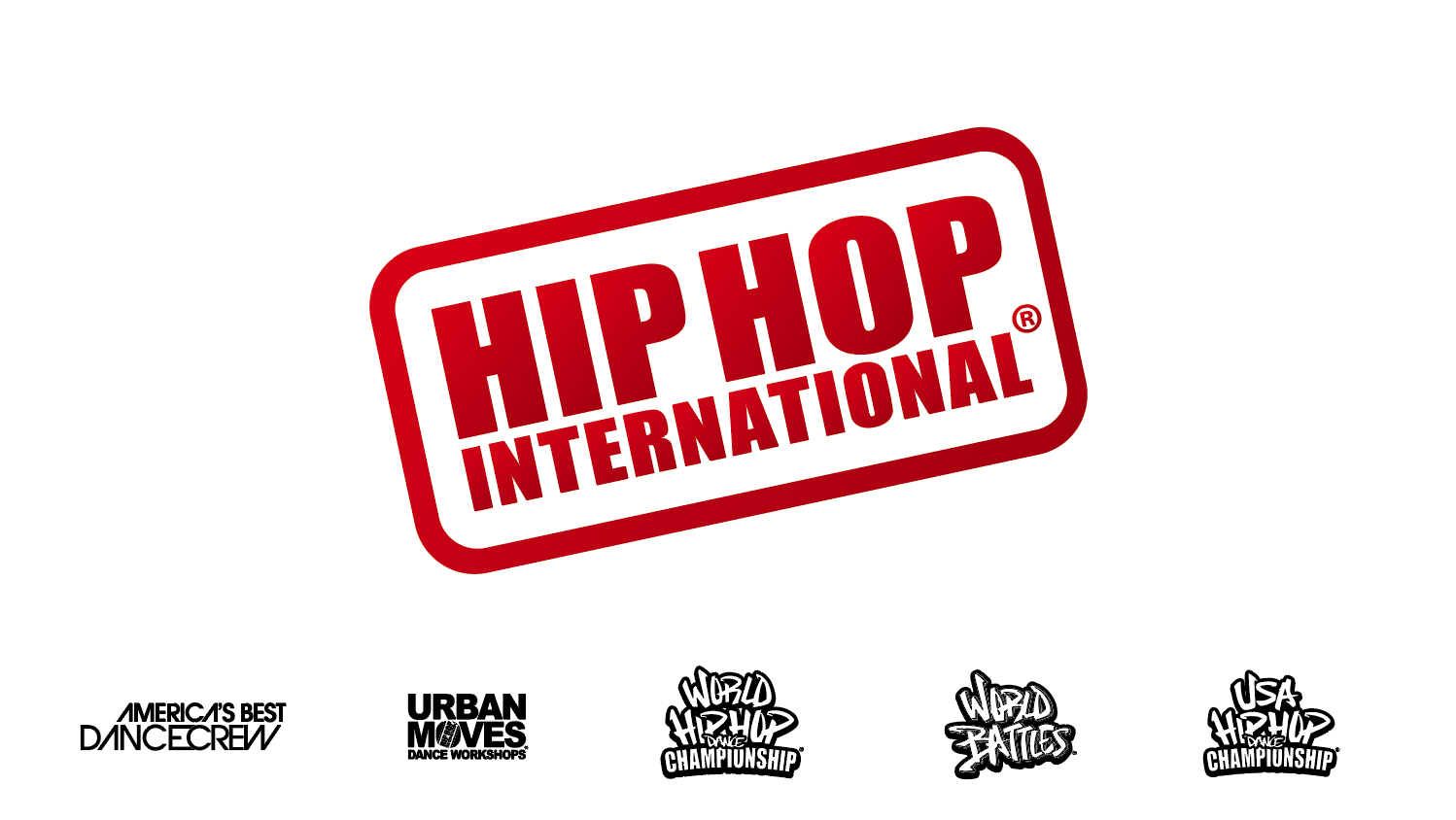 HHI is truly Uniting the World of Hip Hop Through Dance.

Founded in 2002 and based in Los Angeles, Hip Hop International is the producer of multiple live and televised street dance competitions that are the largest and most respected in the world.  Hip Hop International was created to focus attention on and foster an understanding of street dance. In 2002, HHI innovated the 5-9 member crew competition, a format further popularized during seven seasons of “America’s Best Dance Crew” (ABDC), the show HHI created for MTV.

The idea for Hip Hop International began in 2000 when HHI cofounders Howard and Karen Schwartz saw street dancers in Paris and Tokyo captivating large crowds with incredible dance moves.  Because it was a style of entertainment that transcended language barriers, they saw the potential to reach an ever-wider audience from the beginning. They also knew that attempts to professionalize street dance would fail if they did not honor its origins and traditions with integrity.

To develop the judging standards, Hip Hop International turned to dance originators, respected street dancers, dance professionals and choreographers and collaborated with them to create the rules and regulations that are in use today by more than 50 HHI affiliated nations worldwide. Judging workshops are held in countries worldwide to standardize judging at all HHI competitions conducted by official affiliates.

Around the world, Hip Hop International is firmly established as the foremost authority in hip hop and street dance in every HHI affiliated nation through its internationally respected competitions, educational workshops and Urban Moves dance workshops taught by the most sought after presenters and choreographers.  Paying homage to its roots in b-boy culture, Hip Hop International’s worldwide street dance battles featuring the most notorious poppers, lockers, bboys, bgirls, whackers and all stylers culminates every year with the World Battles held in conjunction with the World Hip Hop Dance Championship.