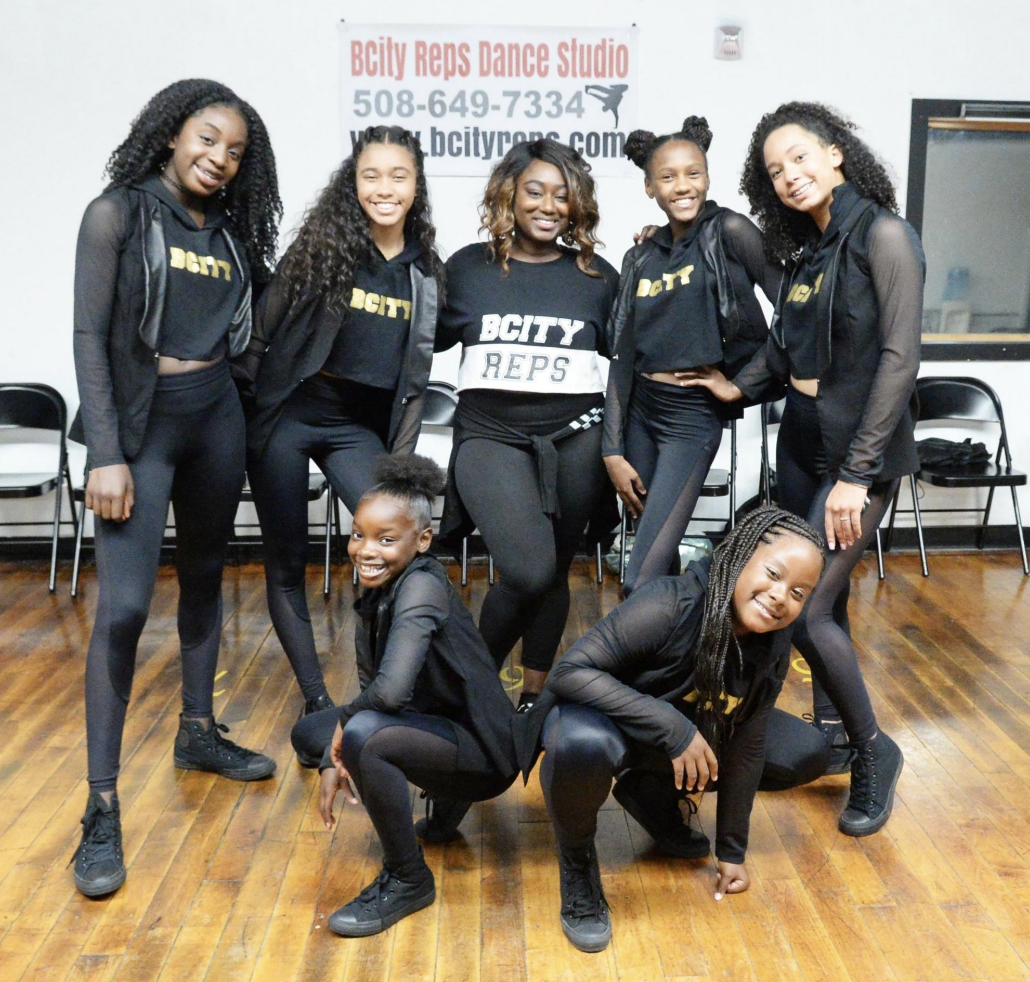 Brockton High School alumna Kassandra Rateau spent 12 years with the Phunk Phenomenon Dance Company, during which she appeared as a contestant on MTV’S America’s Best Dance Crew. She started her own studio, BCity Reps Dance Studio, in 2016 to bring those skills back to Brockton.

BROCKTON — Inside the BCity Reps Dance Studio, six young dancers joked and laughed at they practiced moves in the large mirrors hanging on the wall Saturday morning.

But as soon as studio owner and director Kassandra Rateau switched on music, the energy of the room changed as the group threw themselves into their routine. Donning all-black ensembles, with jackets featuring the word “Queen” in gold on the back, their attitudes quickly turned serious, with each step and stomp reverberating off the hardwood floors and commanding attention.

“If you love to dance, this is the place,” Rateau said. “You’re able to express yourself any way you want.”

Rateau, a Brockton High School alumna, got her start in hip hop at a young age, she said. She got her first leadership position when she attended Brockton High School and helped found the high school step squad. Several years later, she auditioned for the Celtics Junior Team and joined the Phunk Phenomenon Dance Company, with which she appeared as a contestant on MTV’s America’s Best Dance Crew.

After 12 years with Phunk Phenomenon, Rateau returned to Brockton and started BCity Reps in 2016, she said, where she teaches alongside break-dancing teacher Osvaldo Baez, also a Brockton High alumnus, and guest instructors.

“I love dance, so I always wanted to my own dance studio,” she said, “and to bring what I’ve learned out there back here.”

BCity Reps, located on the second floor at 60 South Skinner St., is currently the only hip-hop dance studio based in Brockton, Rateau said. Classes are offered for kids ages 4-18 Monday through Saturday. Teaching styles including hip hop, ballet, contemporary, break dancing, Afro-Caribbean and step. They also offer drop-in classes for Zumba and Brockton Urban Line Dancing that are open to the community, including adults.

There are also two dance crews, she said, for which the kids audition. The six girls performing Saturday, ranging from ages 11-12, were a part of the BCity Kids Dance Crew that competed at the Hip Hop International dance competition in Arizona earlier this month. It was their first time attending Hip Hop International and their first out-of-state competition, Rateau said, and they ended up placing 8th out of 18 teams in their category against groups from across the U.S.

″(We know) who we are and who we could be and representing Brockton,” said Ta’Niyah Price, 11. “We know we are powerful girls and we know never to give up.”

The “Queens” on the back of their jackets are important to them, they noted.

“Some people don’t like their skin color or the shape of their body,” said Anaya Braxton, 12.

″…but God made us beautiful in our own way,” Price added.

Seeing students learn new dance moves and routines, and seeing the smiles on their faces when they successfully do it, is what she lives for, Rateau said.

“They inspire me to keep going, inspire me to teach,” Rateau said. “We need this type of dance for the community because we don’t want them in the streets, you know? …I think it’s a good outlet for the kids here.”

Those interested in signing up for any of the classes can do so online, Rateau said, and registrations are also open for the dance teams, with auditions taking place next weekend.