HHI INDIA: To the top, the hip hop way 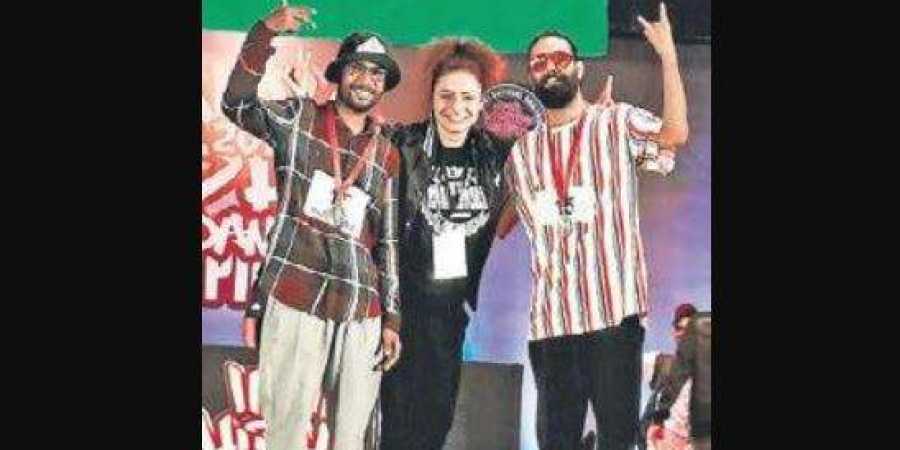 Two boys from the city are gearing up to ‘kill the beat’ at the World Hip Hop Dance Championship 2019 slated to be held in the United States.

KOCHI: Two boys from the city are gearing up to ‘kill the beat’ at the World Hip Hop Dance Championship 2019 slated to be held in the United States. Hip hop dancers Deepak Murali and Abhijith V S are now an overjoyed lot, having bagged gold at their maiden attempt at the India Hip Hop Dance Championship, which will see them represent the country in one of the most celebrated and toughest of hip hop championships.

They are the first from the state ever to do so in the ‘all style (2 on 2 )’ category.
“We are very excited. All we thought when we went for the qualifying championship was to get more experience. The best in the country will come there and perform. Since we don’t have any such ‘battles’ here, the event was considered as more of ground to learn and receive experience. But we ended up winning,” says an excited Deepak who works as a dance teacher at the Trivandrum International School.

The duo who have been training together for the past six years and this helped them in leaps and bounds to excel at the competition, according to Deepak. “What I felt was that we were so much in sync with each other. All these years of dancing together might have helped us. There were many dancers who were excellent but when it comes to excelling in that category, you need to have perfect chemistry with each other. Abhijith can start off from where I stopped, and I can do so. And that made the difference,” he says at excelling at a dance style which is not in the mainstream in Kerala.

It was also the maiden attempt of Abhijith, a 24-year-old who works as a trainer at the Rap Ruddys, a dance academy in the city. An excited Abhijith says that the win was something they ever expected. “The battles are always about gaining experience. Although I was always into dancing, it was only in the last few years that I started getting into these detailed forms and styles. The win has infused in us a lot of confidence. The daily practise sessions are on and we are all geared up for the championship. But it is the funding which is a challenge,” says Abhijith.

“It is all a battle. The moment the DJ plays the beat, we have to start off, there is no choreography. It is all that you do on the spot. I think we don’t listen with our ears, but our body,” says Deepak.