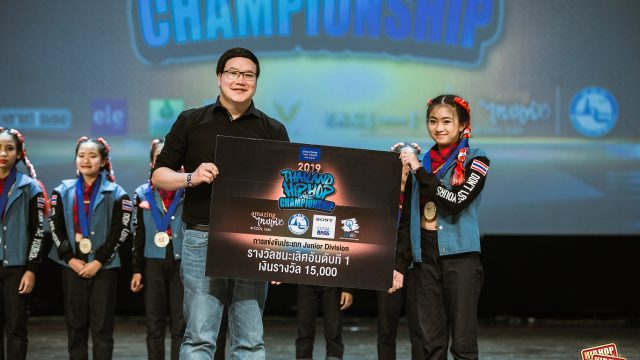 VIE Hotel Bangkok, MGallery by Sofitel, represented by the Head of Marketing and Communications, Mr. Nuntakorn Chang (center), who was on stage to congratulate the team of the Thailand Hip Hop Dance Championship 2019 and present a prize to the defending champion, “Refreshment”, in the Junior Division at the recently held at Aksra Theatre King Power. All winners were invited to perform at the World Hip Hop Dance Championship 2019 in Phoenix, Arizona, in the United States. Around the world, Hip Hop International is firmly established as the foremost authority in hip hop and street dance in every HHI affiliated nation through its internationally respected competitions, educational workshops and Urban Moves dance workshops taught by the most sought after presenters and choreographers.  Paying homage to its roots in b-boy culture, Hip Hop International’s worldwide street dance battles feature the most notorious bboys, lockers, poppers, and all other stylers, culminating every year with the World Battles held in conjunction with the World Hip Hop Dance Championship.