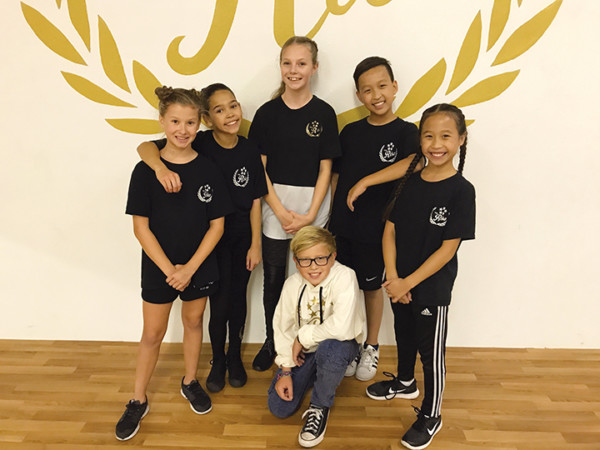 Six Queen Creek pre-teens are spending their summer vacation preparing to compete against nearly 4,000 performers from around the globe in the hopes of becoming world hip hop dance champions.

The seven-member crew called Elektro Lyttlez has six participants from Queen Creek and one participant from Mesa. The group has been practicing many hours every week for the past year to get ready for the imminent international competition, according to a press release.

Before the Elektro Lyttlez can participate in the world championship, they must qualify by earning one of the top three spots in their junior division category at the 16th Annual USA Hip Hop Dance Championship. It will take place Aug. 4-6 at the Arizona Grand Resort, 8000 Arizona Grand Parkway in Phoenix.

The top three team finishers in the junior, varsity, adult and mega-crew divisions at the USA championship will move on to the World Hip Hop Dance Championship Aug. 7-12 in Phoenix.

This is the first time in the event’s 16-year history that the USA and world championships will take place in Arizona, according to the release. Both are the flagship events developed and organized by Hip Hop International.

“This is the gold standard in hip hop dance events and the stakes could not be higher,” said Mr. Schwartz said in the release. “When we created this championship, we relied upon the expertise of the originators of street dances and the world’s most innovative choreographers to develop and standardize an exacting set of rules. These guidelines are utilized today to determine the best of the best at Hip Hop International sanctioned events worldwide.”

Many competitors discovered by Hip Hop International have launched careers working with the likes of Justin Bieber, Jennifer Lopez and Rhianna., according to the release.

The World Hip Hop Dance Championship finals will begin at 6:30 p.m. Saturday, Aug. 12, at the Grand Canyon University Arena.
Highlights of the week will include the USA and world championships elimination rounds to narrow the field; urban moves workshops taught by the respected dancers and choreographers and a free Hip Hop International expo and marketplace. The latter will feature What’s Your Style makeovers by sponsor Paul Mitchell and nightly dance parties in the Chill Down Lounge.

All events are open to the public. Tickets for the family-friendly events start at $20. Complete event schedules, ticket information, championship videos and more can be found at HipHopInternational.com.