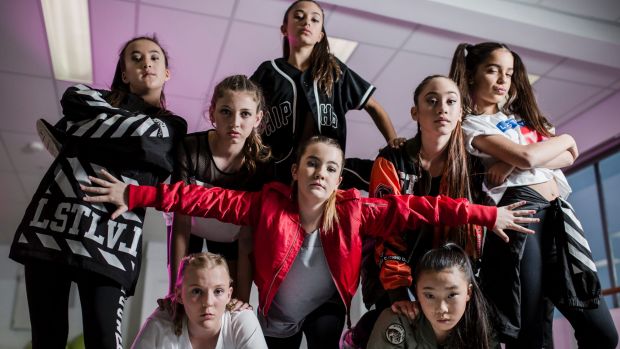 A talented troupe of young dancers will swap Phillip for Phoenix to take on hip hop’s finest in August.

DKC, a crew of eight 10- to 12-year-olds from Dance Central in Woden, will go head-to-head against rivals from more than 50 countries at the World Hip Hop Dance Championship in Arizona.

The group was selected to represent Australia at the “Olympics of hip hop dance” with two other crews after they came second at the national championships last month.

They will perform in front of up to 10,000 spectators across seven days against crews from every inhabited continent, with breaks in between to hear from some of the industry’s brightest stars, take part in workshops and join social dance in the evenings.

Eleven-year-old DKC member Pippa Schroder said dance made her “feel happy in every inch of my body”.

“Dance makes me feel like there are no boundaries and I can achieve anything; dance lets me be who I want to be,” she said.

The crew was only formed after auditions in December.

From there, the dancers took on a five-day intensive course in January and train a minimum of eight hours every week.

Dance Central director Julie Scheer said the strong results at the national competition was a surprise to the dancers.

“There’s so many excellent crews in Australia, especially in the junior division, and they are such hard workers, these young dancers,” she said.

“A huge credit to them and their coaches for getting to second place in Australia.”

The crew started working on a new routine immediately after the national championship in preparation for the world title.

They will need to arrive a few days ahead of the competition to adjust to time zones and train in the heat of the Arizona desert.

The crew set up a GoFundMe page to help raise the approximate $50,000 to transport and accommodate the crew, two coaches and parents across the Pacific.

A fundraising concert and pushes for sponsorship have also been planned for the coming weeks.

“Competing on the world stage will teach them life skills beyond dance,” Ms Scheer said.

“Ultimately, they are learning that if you work hard for something, your dreams can come true – no matter your circumstances.”