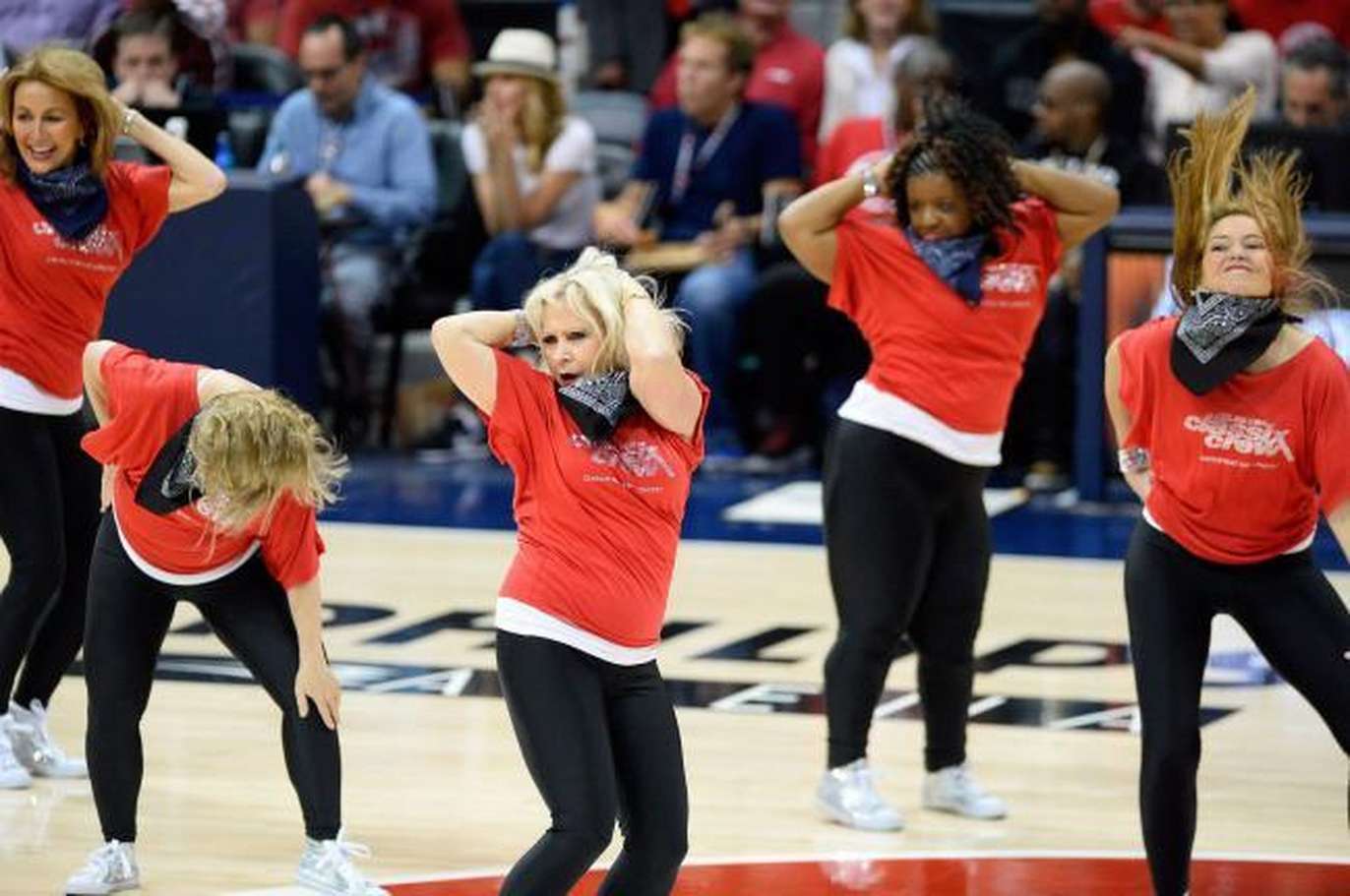 It’s pretty common for people of a certain age to consider the time we have left, to dig in and enjoy life, to try to fit in all we want to see and do before our time runs out.

If you’re 50 or over, you’ve either given up the idea of ever having fun again or you’re passionately pursuing whatever it takes to remain as healthy as possible, choosing to pursue a lifestyle of wholesome food, supportive social connections and daily exercise.

And if you’re lucky enough, you might even still be dancing well past 50 like the Silver Classix Crew.

You’ve probably seen the popular hip-hop dance team courtside at an Atlanta Hawks game or in popular music videos or at one of this city’s many festivals, conventions or competitions.

Their calendar is a mix of year-round activities that’ll wring as much fun out of life as a dance move will get you, and I hear that’s a lot, physically and emotionally.

At 36, Leslie Alison of Brookhaven is by far the youngest of the 33-member troupe. She is also director, choreographer and founder of the group.

As it happened, Alison was a recently retired Atlanta Hawks cheerleader teaching dance at a studio in Roswell. When a senior living facility asked studio officials about forming a group for seniors, Alison stepped up.

“I loved the concept, so I took it on as my responsibility,” she said.

She called the group ATL Silver Classix Crew. In 2011, Alison made it official and formed the dance company folks known as the Silver Classix Crew. They range in age from 50 to 74. Some are single. Some are married with children and grandchildren. Some are former dancers and cheerleaders like Alison. All of them believe age is nothing but a number.

Up until Alison formed the company, she had taught dance to every age group imaginable, but she felt a special bond with those 50 and older.

“They work really hard,” she said. “They show up every week for practice. They want to perfect the routines. I definitely do not take it easy on them. It’s my mission to challenge their minds and bodies and push them to limits that they didn’t even know they could achieve.”

Each week, Gracie Bonds Staples will bring you a perspective on life in the Atlanta area. Life with Gracie runs online … Read More

And if you happen to show up for one of her auditions, bring it or stay home, Wendy Waddell said.

Waddell, 52, of Lawrenceville decided to try out two years ago when she saw an ad on Facebook.

The Greenwich, Conn., native had grown up on the dance floor and high beams at area gymnastic studios. She was a faithful member of Dance 101 in Atlanta.

“I really thought I’d go to the Olympics one day,” she said.

Once Waddell graduated from college and started working in corporate America, she abandoned her Olympic dreams, but dancing was different.

“It’s better than going to the gym,” she said. “When you’re dancing, you’re having fun. You still get a good sweat but it’s fun.”

Still, the thought of tryouts made her nervous. Waddell showed up for tryouts and killed it.

For the next five days, she checked her email, hoping for a yes.

When she got the invite to join the group, Waddell said she was, well, “stoked.”

“I knew it would be fun but I didn’t know it would be so much fun and that we’d have the opportunities we have now,” she said recently.

Those include regularly dancing at Atlanta Hawks games, in music videos like the popular Silento “Watch Me (Whip/Nae Nae)” and Hollywood shows. The group performed more recently with Montel Thomas and Derek Blanks in a gospel video.

Three members of the team recently competed in “Dance Battle America,” which aired nationally on ABC.

Alison said they just finished the Atlanta Hawks season and are preparing now to compete in the large group category at the Hip Hop International competition Aug. 5-8 in Las Vegas. Alison said they are trying to raise funds to make the trip.

“This is the largest hip-hop competition in the world, and I felt like this team was ready for this next step,” she said. “I know that they will work hard and nail it.”

Donni Frazier, senior manager of fan experience and talent for the Hawks, said the dancers add to the franchise’s element of surprise.

“You never know what they are going to do in their routines,” she said. “You can tell they are really passionate about what they do and that shows on the court. Our fans love them!”

Perhaps because so many of us think that at a certain age, life stops, Waddell said.

“We’re the proof that it just starts. One of our mottoes is ‘Age has no limits.’ We don’t do cute little line dances. We perform hard-core hip-hop choreography.”

The former Howard University cheerleader said dancing with the Silver Classix has brought more fun and friendships into her life than she’d ever imagined.

And because of it, Waddell said, she’s pretty sure “old age” will have to catch her, well, dancing.

If you think you can dance and are 50 or older, tryouts are in September. Just remember to bring it.