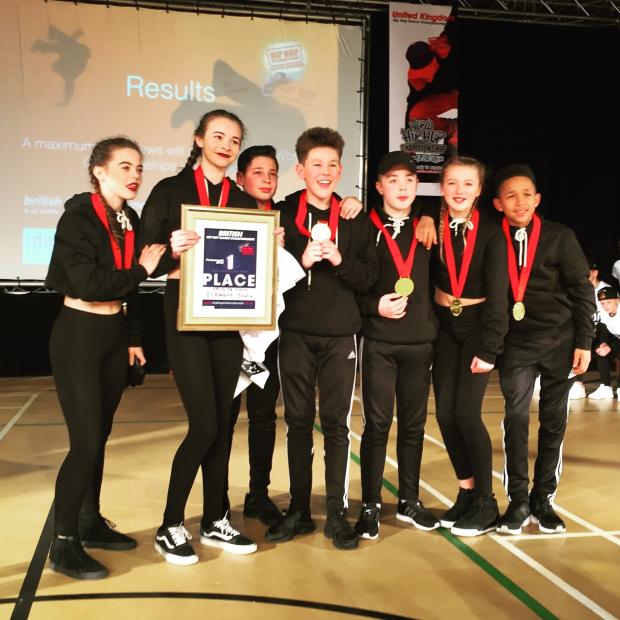 A GROUP of talented teenagers from Bolton are dreaming of the bright lights of Las Vegas after dancing their way to a UK Championship title.

Dance group Element Youth could already be winging it to America this summer to represent the country at the World Hip Hop International dance championships.

The group of seven youngsters, aged between 12 and 14 years old, come from Bolton, Bury and Manchester and had been dancing together for just one month before entering the UK Hip Hop Dance Championships in Portsmouth at the end of February.

After training for eight and a half hours every weekend at their base in ActiveDance Bolton studios, they beat 11 other teams to become top in the Varsity group and can now go on to compete in the world championship stage.

Choreographer Dennis Anin-Badu said: “I’m very, very proud of them. They were up against well known dance teams who have appeared on shows like Britain’s Got Talent and Got to Dance.

“When they won they were literally crying, everyone was so happy. We didn’t expect it, it was their first competition.
“We now have to raise approximately £9,000 for flights and accommodation in Las Vegas so we can take part in the week long world championships. That would be dream of a lifetime for them and I want to make it possible.”

Dennis, from Breightmet, previously ran hip hop dance sessions in Bolton for three years before traveling to Camp America and Los Angeles in 2013.

The 23-year-old, a professional commercial dance student at the University of Bolton, returned to the UK a year later and was running dance groups in Manchester when parents asked him to form a group for teenagers in Bolton. 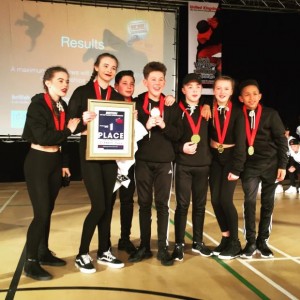 If Element Youth can raise the money needed they will join nine other UK dance groups to compete for the world hip hop title against groups from 22 other countries in Las Vegas this August.

To raise the funds the group has set up a Go Fund Me Page, with busking session planned and parents hosting special fundraising evenings.

The team are also taking bookings for parties, weddings and commercial events, with all funds going to getting the children out to Las Vegas.